For those of you who do not know her yet, today I want to introduce you to Caroline and her embroideries. We have interviewed her to show you her work and her philosophy. Keep reading: 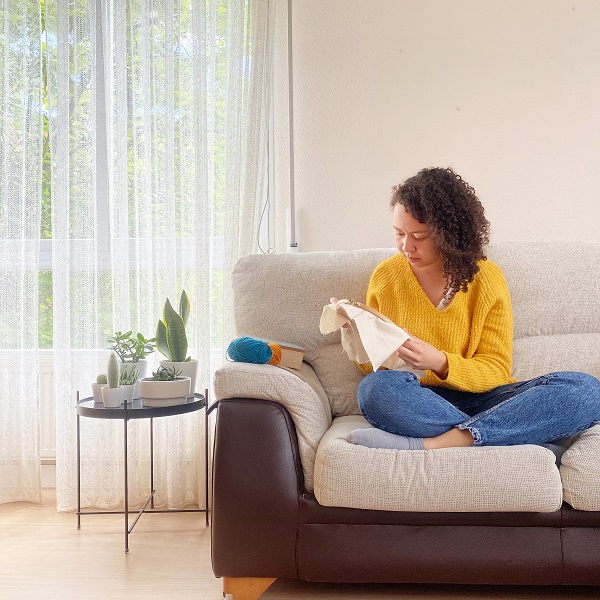 And how did the idea of embroidering motifs or people on fabrics come about to create not only pretty drawings on something practical such as a bag, but also keepsakes?
I started embroidering as a hobby, watching tutorials from a group of Brazilian women, “Clube do bordado”, on YouTube. I loved the possibility of doing free embroidery, without rules, being able to use it as a form of political, ideological expression, etc. For many years I believed that I was not good at anything related to art, neither drawing nor singing or playing the guitar, until I discovered myself in free embroidery. After a while, I started to give away some of my embroideries, and to personalize them as a way of expressing my affection to the people I love. That is when I decided to create an Instagram account to share my progress and people started giving me assignments. In addition, being able to produce something handmade and with affection was a way of going against the current of our capitalist and consumerist system. 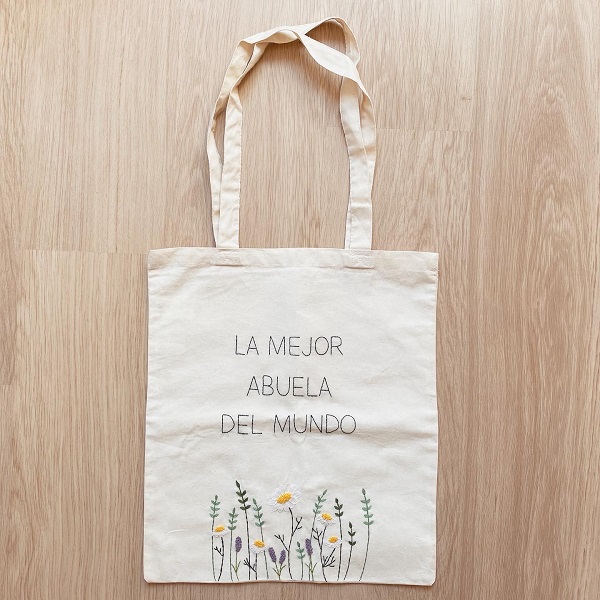 Tell us a little about the technique, do you work from photos?
Free embroidery, as the name says, is free, without many rules such as cross stitch. It has different points that give life and texture to the embroidery. In Bordado con afecto I use, above all, very basic stitches, since my favorite style is minimalist: contours and some detail in color. I would say that 90% or more of my creations are based on photos, both in custom embroideries and those of my own authorship, those of women. The person sends me a photo and tells me what she/he would like it to be broadcast, so we think together what elements we are going to include. 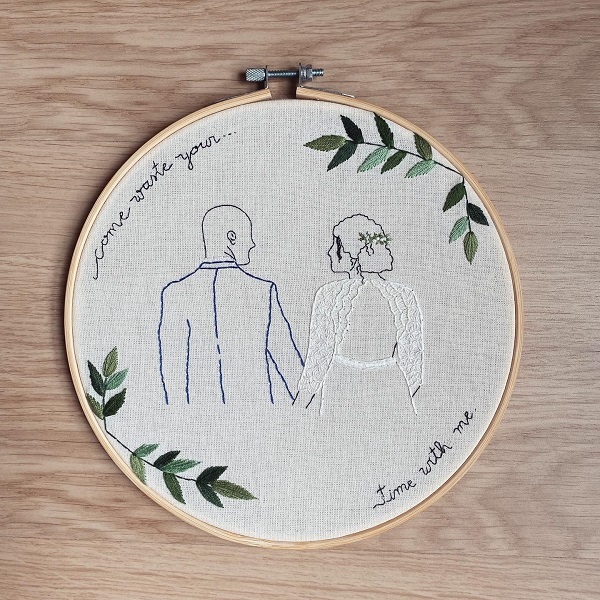 What services do you offer?
For weddings, I make ring holders, toiletry bags with initials, personalized embroidery to give to parents… Or anything else that comes to mind and that can be embroidered. In general, I make racks, bags and personalized sweatshirts, based on a photo, a drawing or a phrase. 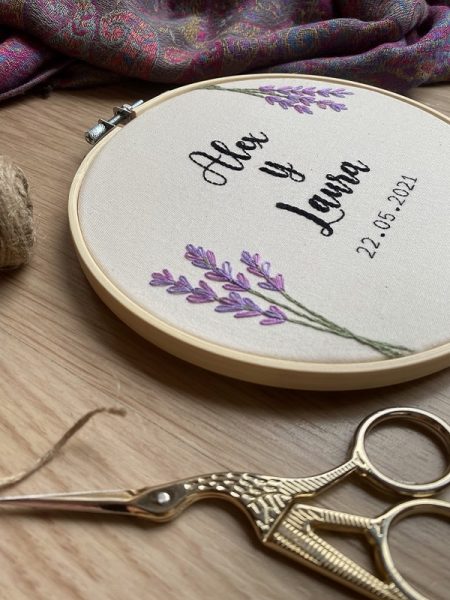 I love women’s embroidery, tell us about it.
Over time, I realized that, like everything else, art also had a fairly colonialist look and a very white aesthetic, so I decided to start representing women who had been made invisible both in art and in our society, women very similar to me and so many others I know: black, racialized, gypsy, fat, etc. Without a doubt, what I most enjoy embroidering with is those women. I am inspired by Giselle Quinto, an artist who has been embroidering women for many years as well. Currently, I use the free embroidery technique with watercolor, and I love playing with threads and giving different textures to sweaters, fur, etc. In December and January I did two exhibitions composed mostly of women, both anonymous and publicly known, such as Angela Davis, Marielle Franco, Winnie Harlow. Embroidering women and seeing other women identifying with them is something that freaks me out. 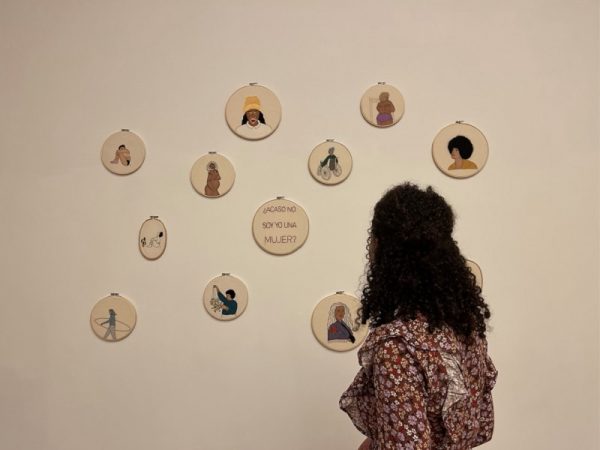 And you also do workshops, right?
Yes, after a lot of resistance, in the summer of 2021 I started giving embroidery workshops, and it turned out to be an incredible experience. Meeting other women and being able to share my knowledge of the technique is something that fills me a lot. Many of them who had never embroidered and said they were bad at crafts, left the workshops highly motivated and thinking about future embroidery projects. This year I have plans to hold workshops on a regular basis, and try to do something online for women who follow me from other parts of the world. 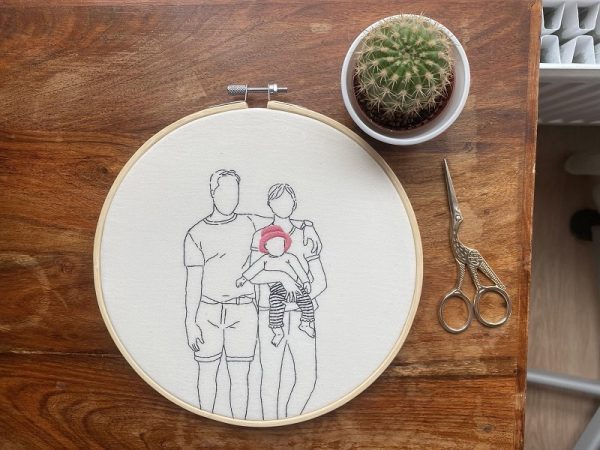 Well, you know, if you want to give away (or give yourself) a special embroidery, you just have to contact Caroline. You can see more about her and her work on her Instagram account. I hope you like it!