Your Wedding in a medieval town

With this desire for weddings that we have in Panateneas, new ideas do not stop coming up. This time, for lovers of medieval art and architecture, we bring you a list of –in our opinion– the ten most beautiful medieval towns in the north of Spain. Movie sets for photoshoots, ceremonies or even themed weddings in true Robin Hood or Camelot style.

A few years ago we already posted on our social media a photo of the Castillo de Olite, in Navarra, because it seemed like a beautiful place for a wedding ceremony. Olite was the capital of the Kingdom of Navarra and its Palacio Real (or Castillo) one of the most luxurious and beautiful in Europe. 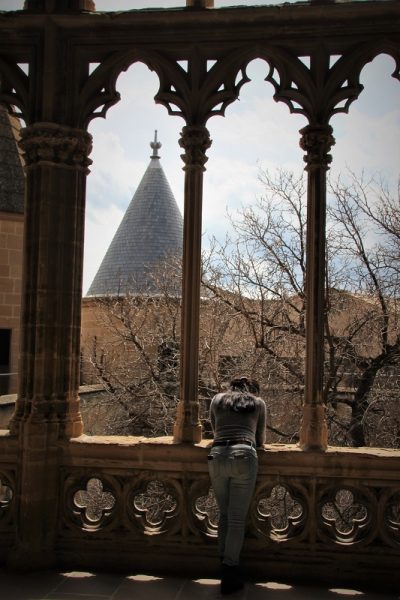 In the province of Huesca is the medieval town of Aínsa. It was declared a Historic-Artistic Site in 1965 and everything here is worth mentioning: its old streets, its huge main square, the castle, the walls, the gates, etc. This city transmits to another time, and reminds me a bit of Monteriggioni, in Italian Tuscany. A wedding photo session there has to be beautiful… 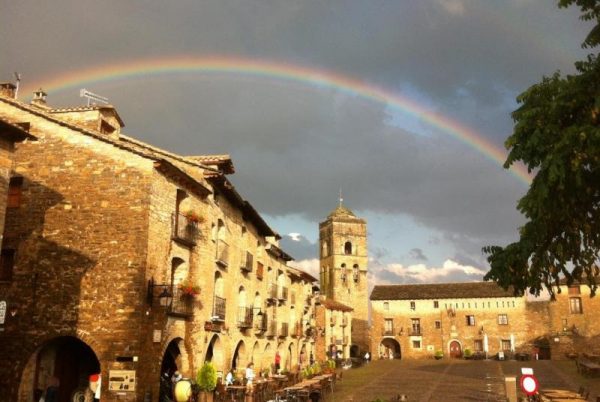 In Girona there are two irresistible medieval towns to name. The first is Besalú, in the La Garrotxa region. A town of those from a movie that gives off medieval air even before crossing the bridge. In addition to different Romanesque churches, the Jewish quarter stands out, especially the Miqvé (Jewish bathhouse). And of course, the majestic Romanesque bridge over the Fluvià river. 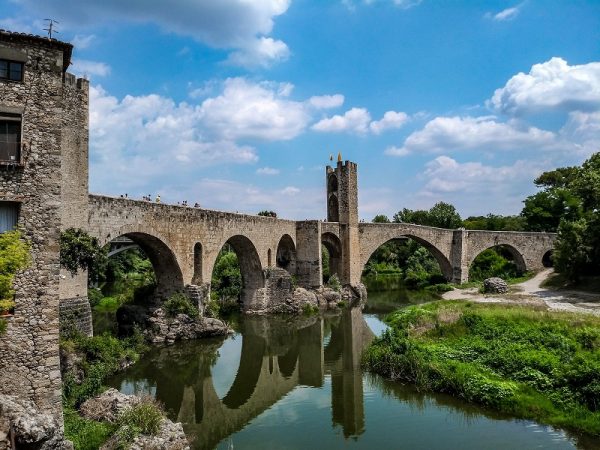 The second town is Pals, in Baix Empordà. From afar, the silhouette of its wall and its Visigothic towers, such as Las Horas, can be seen. And inside, that ocher color of facades and cobblestones. All topped off with a beautiful panoramic view of the dunes and rice fields. 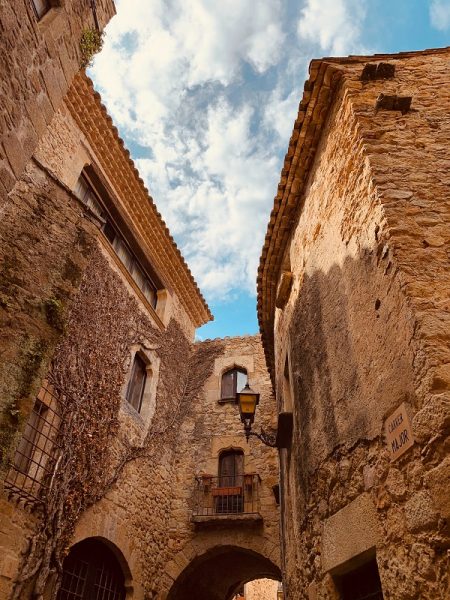 On the other hand, what can be seen from the top of the Villa de Laguardia, south of Álava (Basque Country), are not rice fields but no vines. And inside the walls a medieval layout that is preserved practically intact. Apart from its churches, among which Santa María de los Reyes, or the Casa de la Primicia, the caves that all the houses have are remarkable. A wedding in this town does not leave any guest indifferent (I tell you, I have lived it). 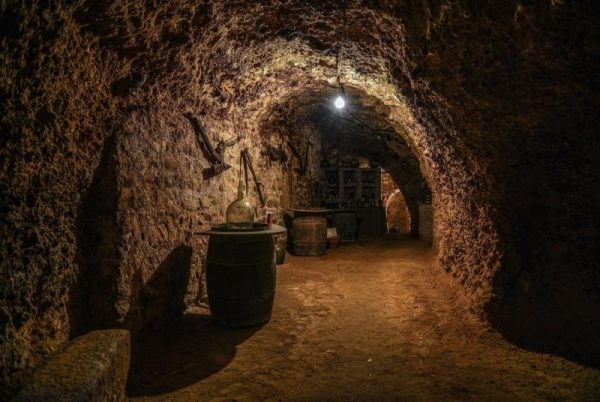 And very close but on the other side of the Ebro River, already in La Rioja, is Briones. The medieval flavor that this municipality gives off is perceived in the layout of its windows, in the niches, in its coats of arms… Some buildings are barely preserved standing, with remains such as the Torre del Homenaje of the old Castle, or two of the six original doors of the wall. And after wandering around (although it is not very medieval) you cannot miss a visit to the Wine Museum of the Vivanco Winery. 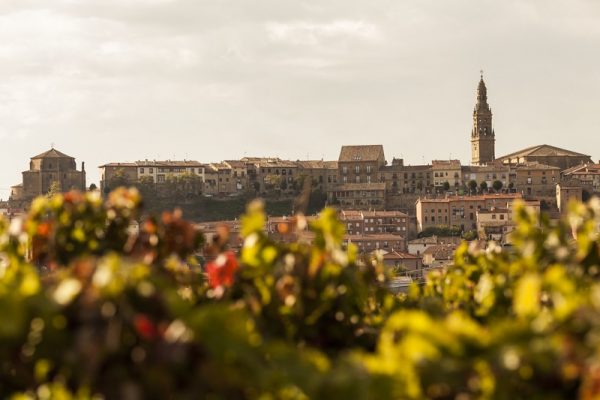 We continue down to the province of Soria to enter Calatañazor, a true trip to the past. The mud and straw houses are a wonderful example of popular medieval architecture. And the Romanesque portal of Santa María del Castillo a faithful reflection of the Castilian Romanesque. As a peculiarity, from the top of the wall or from the remains of the Castle you can see the conical chimneys made of tile typical of this town. As I was saying, a town where time stood still to leave us wonderful pictures. 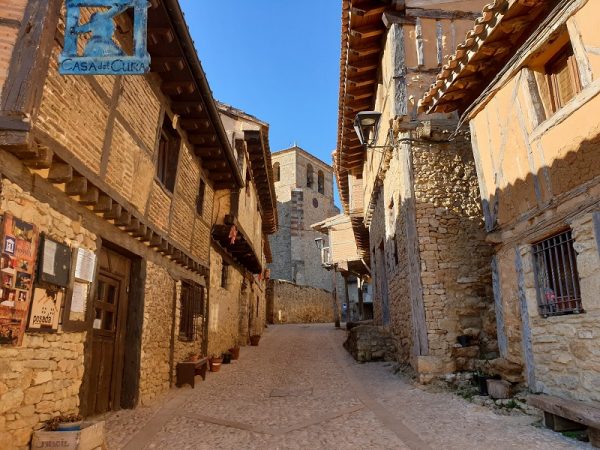 Also in Castilla y León, in the province of Burgos, stands out Frías with its tuff and wood houses hanging on the rock. The Romanesque bridge over the Ebro River, the 10th century Castle and the old municipal laundry make up the picture of this small medieval town on a postcard. 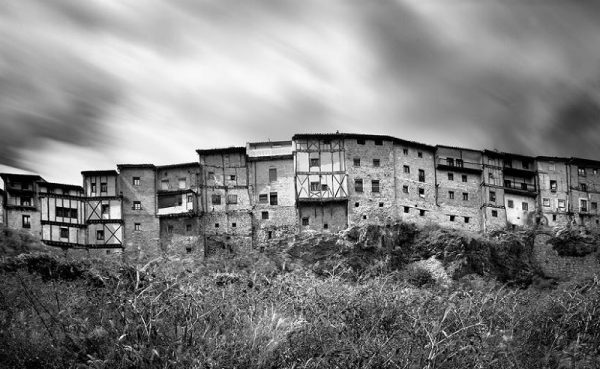 Santillana del Mar, in Cantabria, developed around the Colegiata de Santa Juliana in the 12th century. And although Renaissance and Baroque art are also very present in the streets of this town, its Y-shaped layout, its military towers and some old houses still evoke that medieval past. 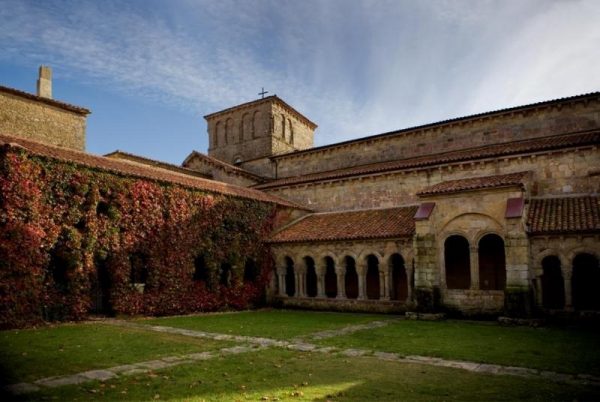 And we finish this medieval tour with Hondarribia, in the northeast of Gipuzkoa, very close to the border with France. This border feature joins its maritime idiosyncrasy in a peculiar historical old town: surrounded by a wall with its bastions still standing, with narrow cobbled streets and colored houses in the purest Basque-French style. The Gothic church of Santa María de la Asunción y del Manzano and the famous Parador of medieval origin known as Castillo de Carlos V stand out. Outside the wall one cannot miss La Marina neighborhood, emblem of the city. 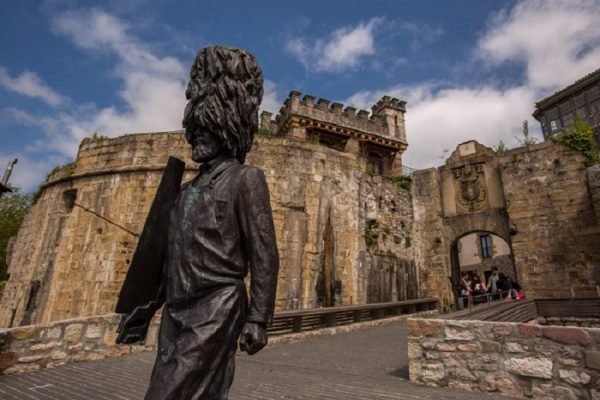 And so far our selection of medieval villages worth visiting, taking a photo session or keeping in our retinas. Which one do you choose?