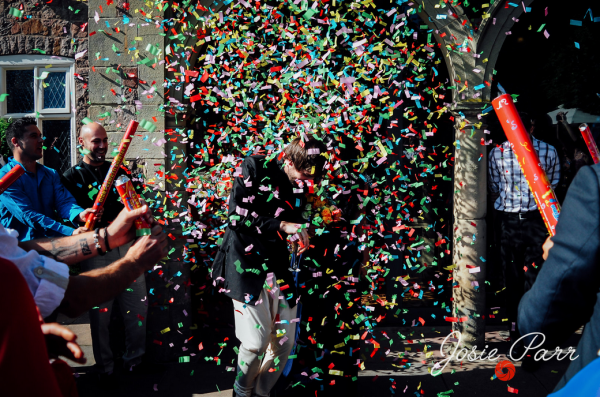 At weddings, after the ceremony –and almost by inertia– we throw rice, confetti or petals to the newlyweds. But have you ever stopped to think where this gesture comes from?

Well –like almost all our traditions– it comes from Ancient Rome. The confetti was sweet made with flour, almonds and honey. They made crumbs and mixed with the ears of wheat that the brides wore on their heads (another day we will talk about these traditions). And then they were distributed among the guests who in turn threw them over the couple after the marriage.

In the East, these seeds and nuts were replaced by rice, a symbol of fertility, abundance and prosperity. Tradition well instilled in our culture but that in recent times it has been banned, because it slips, dirties or both at the same time. In this way, other elements have been entering the scene. Like the petals, dried leaves, confetti (what we traditionally know as that) or soap bubbles. I also recently heard paper airplanes or small wool pompons… What more ideas do you have?