Today we want to show you those brides who were totally disruptive in their time wearing unconventional wedding dresses.

Without any doubt, one of the most daring was Brigitte Bardot. In June 1959 she married fellow actor Jacques Charrier wearing a midi cut design with pink gingham plaid. The creator was his friend and designer Jacques Esterel and the result was a mix of “baby doll” and “look for a Sunday in the field”. A highly criticized dress and at the same time a resounding success. 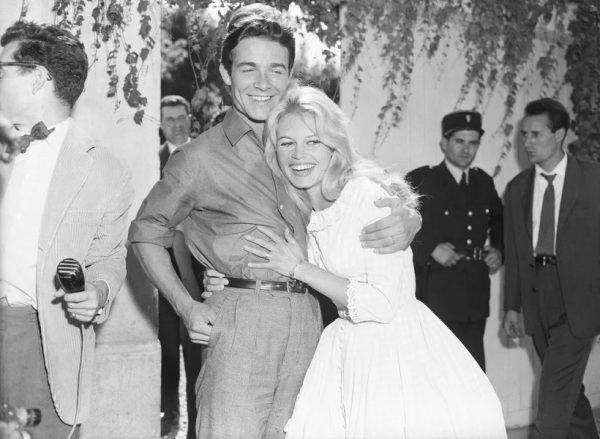 In a short pink wool dress with a funnel neck and flared sleeves, Audrey Hepburn married for the second time in 1969. For this wedding with the Italian psychiatrist Andrea Dotti, she wore a very simple dress by her friend Givency. And as a complement, she covered her head with a matching handkerchief. 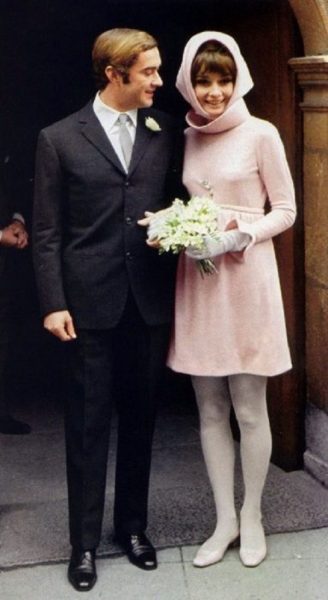 That same year 1969 would see the wedding of Yoko Ono and John Lennon in Gibraltar. That image of Yoko dressed in a short, with Superga sneakers, knee-high stockings, huge sunglasses and a large hat is hard to forget. It was one of the most eccentric weddings in history. 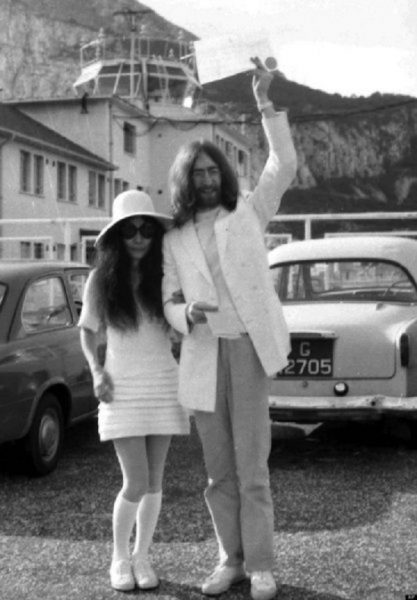 In 1971, actress Bianca Pérez-Mora married Mick Jagger, lead singer of The Rolling Stones. Her two-piece suit with tailored jacket and straight skirt has been widely imitated today, but in that day, this Yves Saint-Laurent design was super novel. Bianca finished off this sophisticated design with a large white pamela. 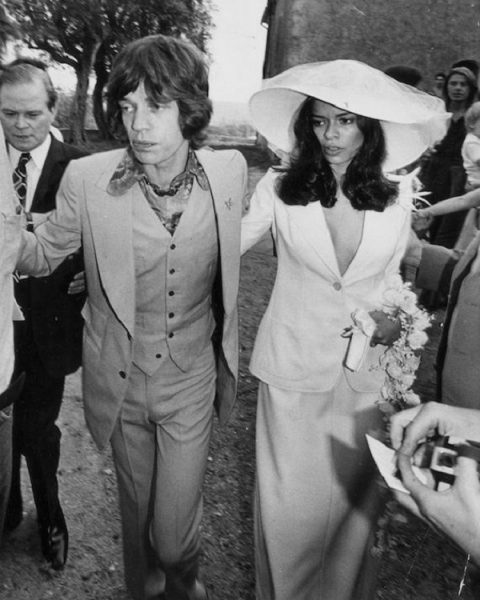 Following rock legends, Priscilla Beaulieu married a controversial marriage to Elvis Presley in 1967. For this wedding held in a private suite at the Aladdin Hotel in Las Vegas, Priscilla designed her own chiffon gown with a pompous tulle veil and a diamond crown. 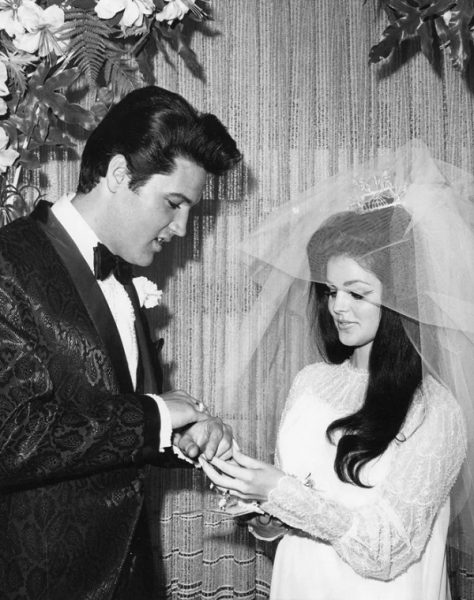 After a few years of comings and goings, Ava Gardner and Frank Sinatra married in November 1951 in Philadelphia with a great media display. Her dress, from the Italian house Fontana, stood out for the halter neck adorned with spikes and the high waist skirt in pink. 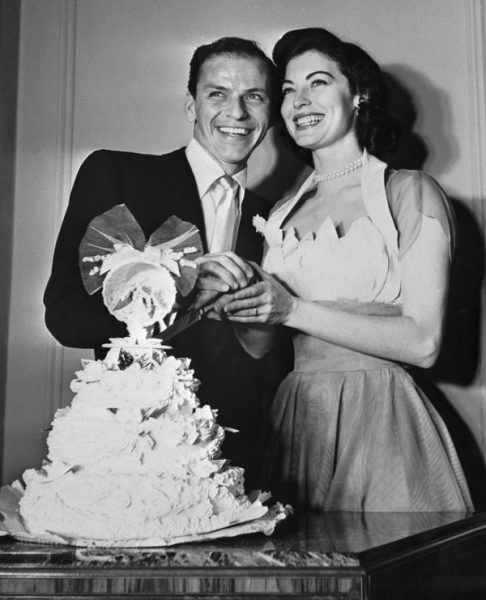 Although much more sober, pink was again the color chosen by Grace Kelly for her civil wedding with Rainier of Monaco in 1956. It was a brocade two-piece suit made up of a fitted jacket at the waist and A-cut midi skirt in aged pink tone. It was created for the occasion by its head designer, Helen Rose. 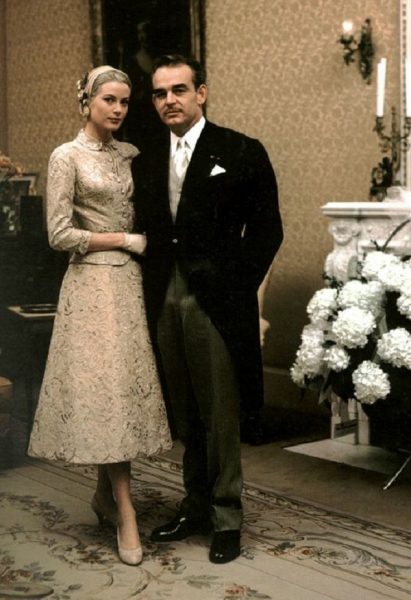 With her eight weddings on her back, a Liz Taylor’s bridal looks could not be missing on this selection. I have chosen the one she wore in 1964, in her first wedding with actor Richard Burton (I say first because they separated and remarried in 1975). A striking yellow organza dress with wide sleeves and a tuxedo collar. On her head she wore a wreath with orange blossom flowers that intertwined with the ponytail. 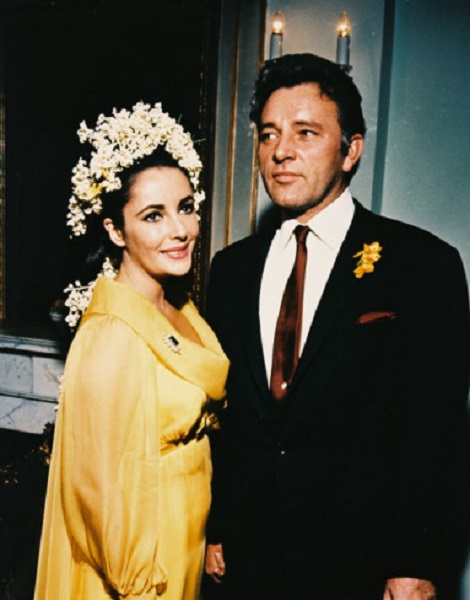 Extremely sober (to be her) was the dark brown suit Marilyn Monroe chose for her 1954 wedding with former baseball player Joe DiMaggio. In a suit and wool pencil skirt topped with an ivory-colored ermine fur collar, they said “yes” at the San Francisco City Hall. 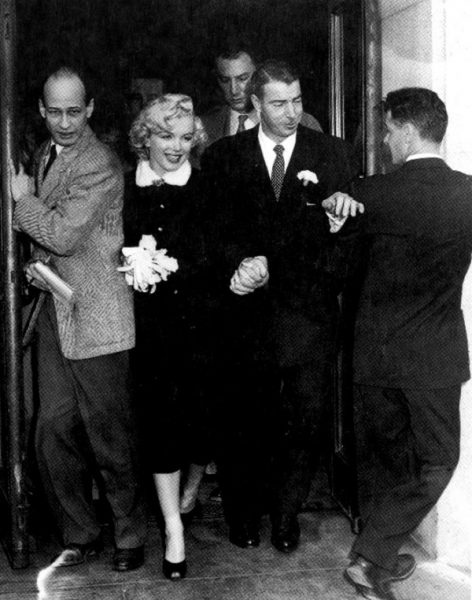 I want to end this post with the dress that Wallis Simpson wore at her wedding to King Edward VII of England. They were married in a very intimate wedding in 1937 at the Château de Candé. Her dress was made by the American couturier Mainchober and was made in gray-blue crepe, with a closed neckline and fitted at the waist with a gathered and buttoning. A feather headdress and tulle finished off this sophisticated look. 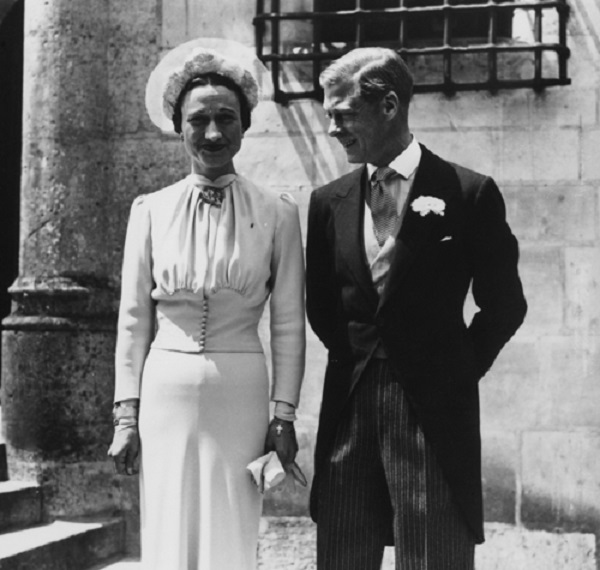 And up to here our selection of iconic dresses that in one way or another gave to speak in their time.