We begin the New Year by reviewing the best of Celebrity Weddings of 2018, and specifically their wedding dresses.

I start from less to more (for my humble taste) with the wedding of Sofia Palazuelo and Fernando Fitz-James Stuart on October 6. The bride wore a simple design by her aunt Teresa Palazuelo, straight and sober lines accompanied by a cape that served as a tail. And I continue with the two royal weddings of this year. First of all the one of the princess Eugenia de York and the businessman Jack Brooksbank the past 12 of September. Her dress, signed by Peter Pilotto and Christopher De Vos, was made in a fabric created especially for her with different embroidered symbols, such as the thistle of Scotland, the Irish clover or the rose, symbol of the York. As a complement highlights the tiara of his grandmother Queen Elizabeth II. Nor was it to my liking, for its excessive simplicity, the dress of Megan Markle in her union with Prince Harry on May 19. This sober design, signed by Claire Waight Keller for Givenchy, was accompanied by a veil of silk tulle with embroidered flowers (as a tribute to all the countries that make up the Commonwealth). The tiara Filigree, also of Queen Isabel II, and the earrings and bracelet by Cartier completed the look. 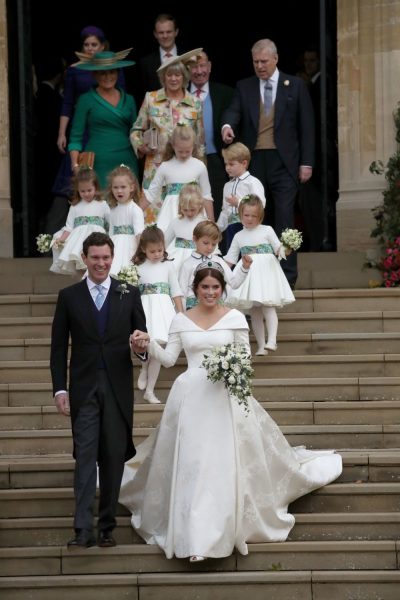 These two designs are followed –in my particular top ten– by Chiara Ferragni and Hilary Swank. The influencer was married on September 1 in Sicily with the singer Fedez and dressed as Dior. With a lace body and a layered tulle skirt with openings and a long tail. On the other hand, Hilary Swank and Philip Scheneider were married on August 18 in a Californian forest at a top secret wedding. The actress wore a dress with lace and organza designed by Elie Saab Haute Couture Atelier. The topic is improving. 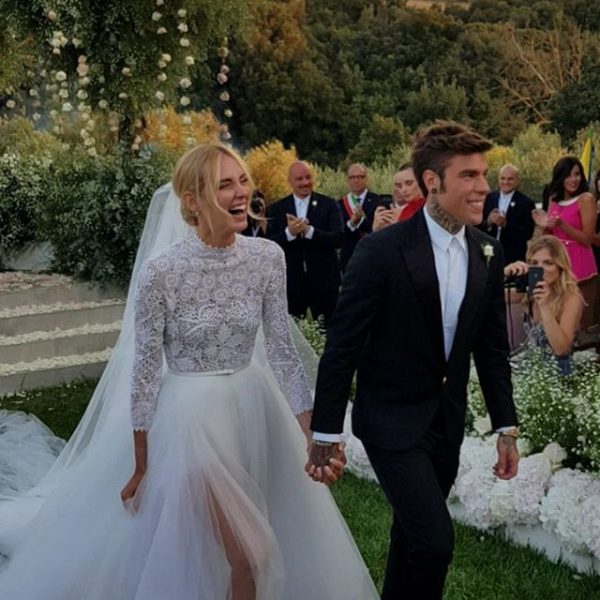 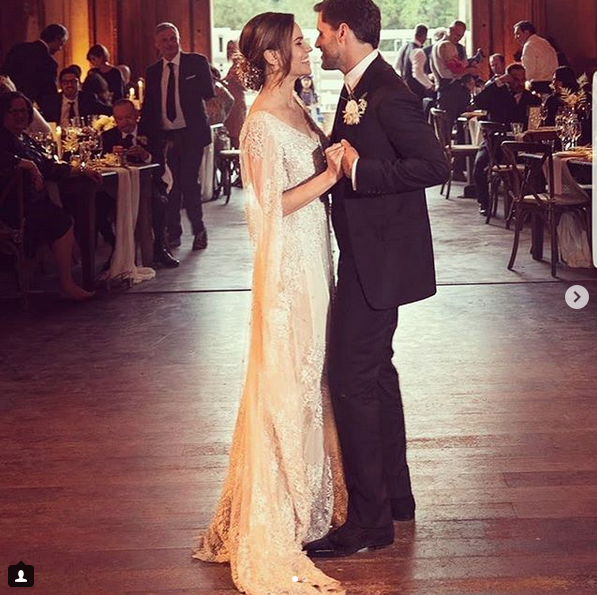 The dresses of María Castro or María José Suárez also stood out for their simplicity, but, undoubtedly, with more grace than the previous ones. The famous actress married the dancer José Manuel Villalba on September 15 at the Parador de Baiona, in Pontevedra. The original dress, with halter neck and pronounced neckline in the back, was designed by the firm Aire Barcelona. While the model was married on August 11 with Jordi Nieto on the idyllic island of Santorini in a very intimate wedding but that lasted three days. During these days she wore nothing more and nothing less than five dresses designed by herself. I leave the photo of the one she chose for the wedding ceremony.

The influencer Rocky Barnes also wore 6 looks during the weekend that lasted her wedding with the photographer Matthew Cooper last September in New Jersey. And I can not like more the design of Pronovias that she chose for the ceremony at the Knickerbocker Country Club. Although my first position –no doubt– is for the dress chosen by Marta Ortega for her ceremony with Carlos Torretta on November 16th. This two pieces in powdered pink was designed by Pierpaolo-Piccioli for Valentino, very elegant! And you, what do you think? 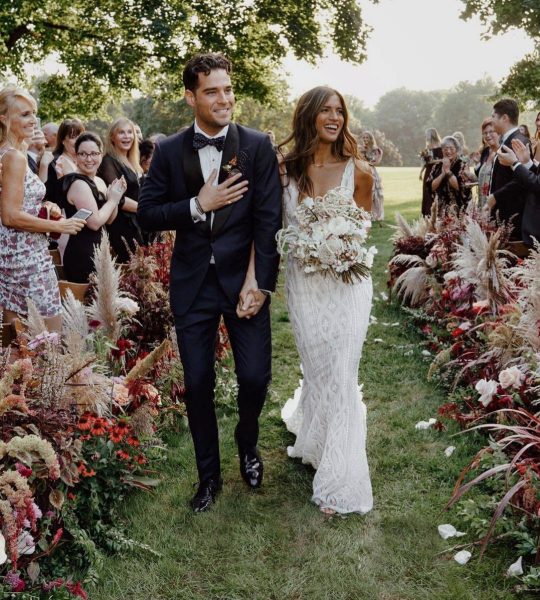 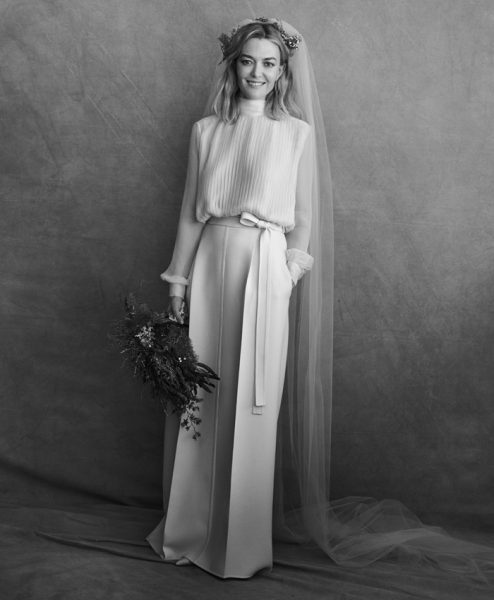