My top ten: the best paintings of the 19th century

Although in the end I decided to study History, I have always loved Art. I am fascinated by the XIX century, in History, in Literature, in Philosophy and also in Painting. The crisis of the illustration, the emergence of romanticism and realism later, and of course, the beginning of the avant-garde with the end of the century. Here is my top ten favorite paintings:

I will start with one of the quintessential romantic works: Liberty Leading the People, by Eugène Delacroix. It represents the uprising of the people against the king in the insurrection that took place in late July 1830 in Paris. It is a painting that narrates perfectly what the French 19th century was in political matters. The virtual tours proposed by the Louvre Museum do not show this work, but there are many websites where you can see and read more about it. 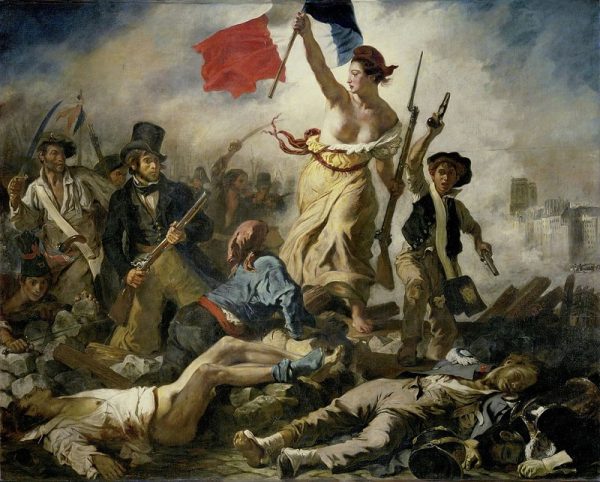 As a sample of the purest impressionism I love Music in the Tuileries, by Édouard Manet, painted in 1862. It represents a scene from everyday life typical of that time and highlights the precision with which he paints the faces and details of the characters. It is located in The National Gallery of London. 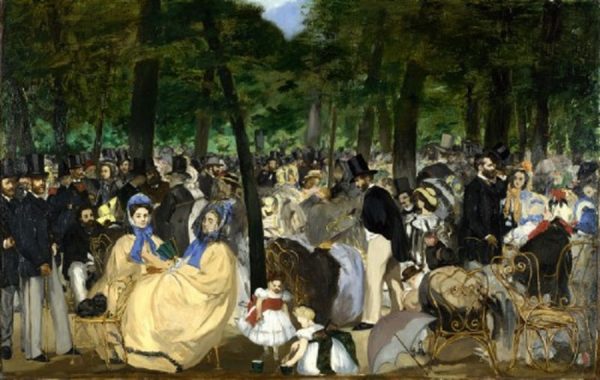 Also very representative of this movement are the multiple dancers that Edgar Degas painted, such as his famous painting The dance class, from 1874. It can be seen in the MET (Metropolitan Museum of New York). 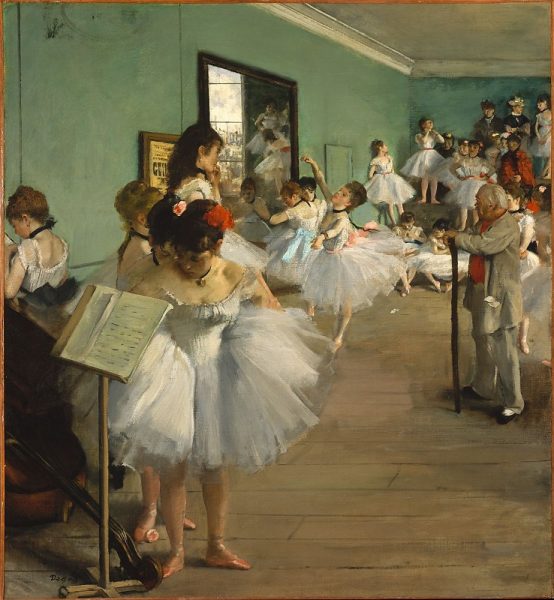 Although more realistic, as if the characters in the painting were going to dance, it shows Dance at Le Moulin de la Galette, by Auguste Renoir, one of my favorite paintings. It dates from 1876 and after many laps it is currently located in the Orsay Museum, also one of my favorite museums. 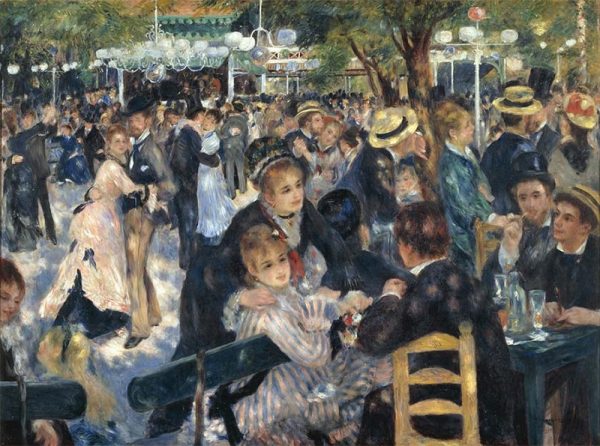 Henri Toulouse-Lautrec also painted many of these dances, although his cabaret dancers, such as Jane Avril, have always caught my attention. In addition to starring in many of his posters with impossible movements, he immortalized her in the 1892 work called Jane Abril dancing. Much of his work is in the Orsay Museum, although his mother, after the painter’s death, founded a museum with his name in the city of Albi. 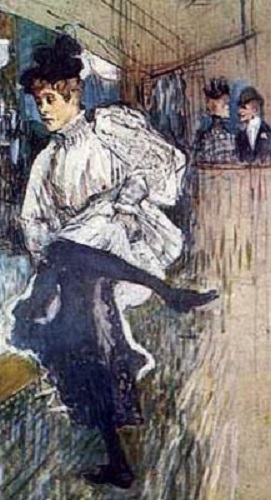 Camille Pissarro is famous for his landscape scenes and the work of the peasants, but this view of Paris from the window of his hotel in 1897 fascinates me. It is called Rue Saint-Honoré in the afternoon. Rain effect, and really the effect is wonderful. You can see it in the Thyssen-Bornemisza Museum. 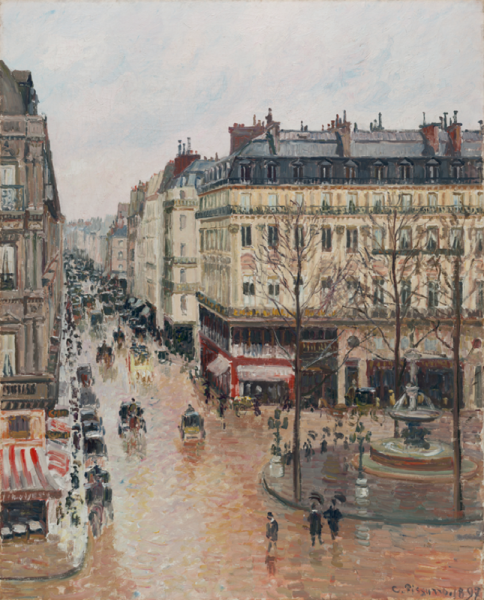 Within post-impressionism I opt, without any doubt, for The Starry Night, by Vincent Van Gogh. He painted it in 1889 already confined in the sanatorium where he died and the light it gives off and the sensation of movement that it generates for the observer is remarkable. It is in the MoMA (Museum of Modern Art of New York), although you can also take a look at the website of the Van Gogh Museum in Amsterdam that houses many of his most famous works. 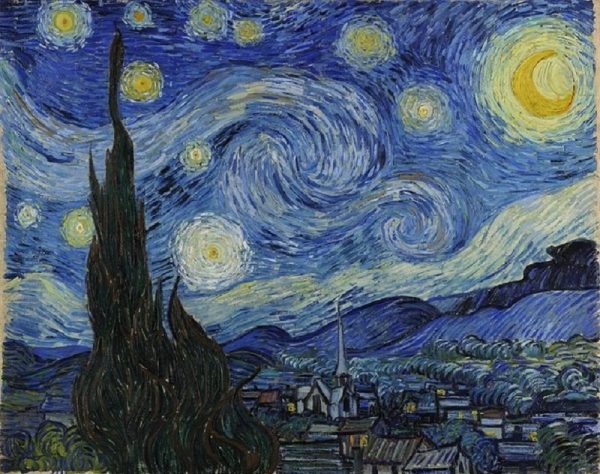 As a sample of pointillism, Georges Seurat cannot be missed, although choosing one of his works is difficult for me… Bath in Asnières, Sunday afternoon on the island of Grande Jatte… But I choose The Circus, from 1891, with its curved and stylized lines. This latest work by the French painter can also be seen in the Orsay Museum. 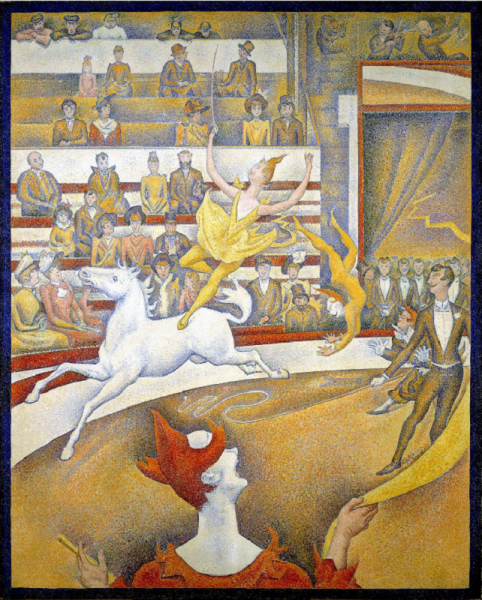 In this Parisian gallery there are also many of Paul Gauguin’s works. I especially like Women of Tahiti, painted in 1891. It stands out for the lack of perspective, somewhat reminiscent of the hieratic figures of ancient Egypt. 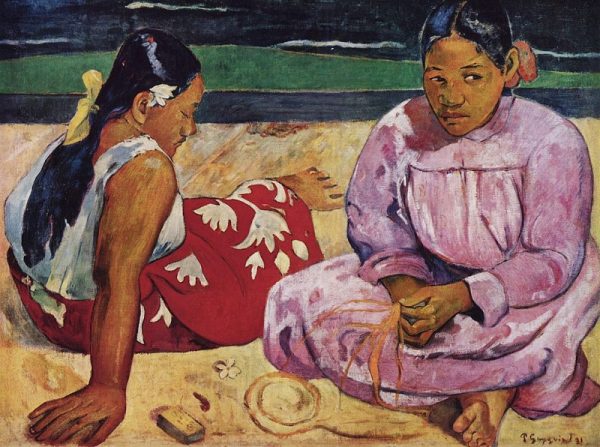 And I want to end with a scream, excuse the redundancy, to expressionism. Edvard Munch’s The Scream was completed in 1893 and expresses with tremendous anguish the fear of the crisis of the turn of the century. It is located at the National Gallery in Oslo where you can see more information about this and other works. 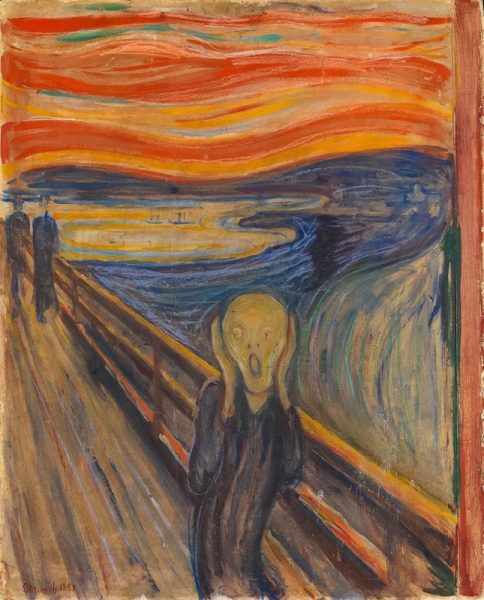 I hope you liked this trip through some of the most important museums around the world without leaving the sofa. Coronavirus times…