Shortbread that you are in my hands

The other day I asked Mikel, my boy, what was the first thing that came to his mind if he thought about Christmas. And he answered me, polvorones! (an Spanish variety of shortbreads). Well, in his honor, my Christmas post this year is about this wonderful sin of our confectionery. The Spanish shortbread is a small baked cake made of wheat flour, lard, almonds and sugar. Its name in Spanish, “polvorón”, comes from the fact that when eaten it crumbles into powder, in spanish “polvo”.

It is said that its origin is Andalusian and that it was fostered by the surplus of cereal and lard. In fact, in Andalusia there are very famous towns for the production of this product, such as Estepa or Antequera with illustrious candy shops such as La Colchona, La Estepeña, La Despensa de Palacio, La Ponderosa, Delicias de Antequera and a very long etc. Although they are also made in other areas of Spain such as Tordesillas, where Dulces el Toro stands out, or in Tafalla, the famous Antonio Anaut workshop. 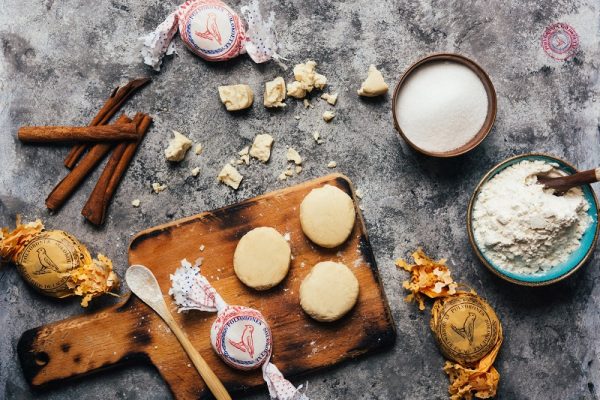 But here, in Euskadi, we also have a shortbread culture. Who has not sung that of “Polvorón que estás en mis manos, en mis manos estás polvorón. Adivina quién lo tiene, quién tiene ese gran polvorón” (“Shortbread that you are in my hands, in my hands you are shortbread. Guess who has it, who has that big shortbread”)? And we have two tremendously famous candy shops. On the one hand, Solokoetxe stands out, whose shortbreads are popularly known as those with the little bird. It is told on his website that in the middle of the 20th century, Patxi distributed them by bike around Bizkaia with the “chimbo” birds typical of the area fluttering around him in search of crumbs. It was in 1994 when they adopted the bird as an image.

And, of course, the Felipe II ones from the Confitería Blancanieves Tejedor in Vitoria. According to its website “the first and oldest shortbread in Spain”. I don’t know if they are the oldest or not, but they are Mikel’s favorites, who carefully unwraps the “bows” from the paper that covers it and enjoys savoring each bite. His Christmas ritual… 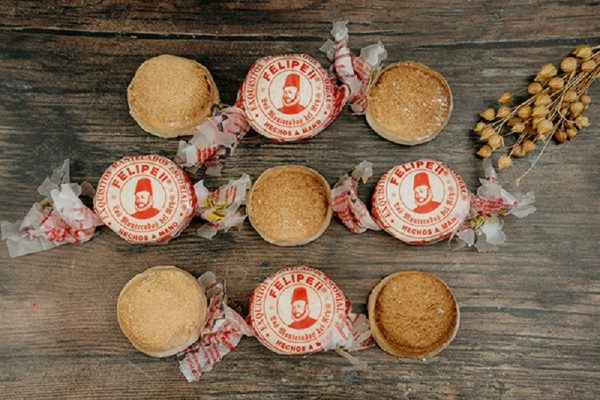