Until now, in our section dedicated to plans, we had visited Bilbao and other places in Bizkaia, Vitoria and even the Picos de Europa. But we had not yet dedicated a post to one of the great jewels of the Basque Country, San Sebastián, the Bella Easo. In today’s post I am taking you on a tour of this wonderful city that is the star of major events such as the International Film Festival, the Jazz Festival or the La Concha Flag. But above all, famous for its landscapes and its gastronomy. 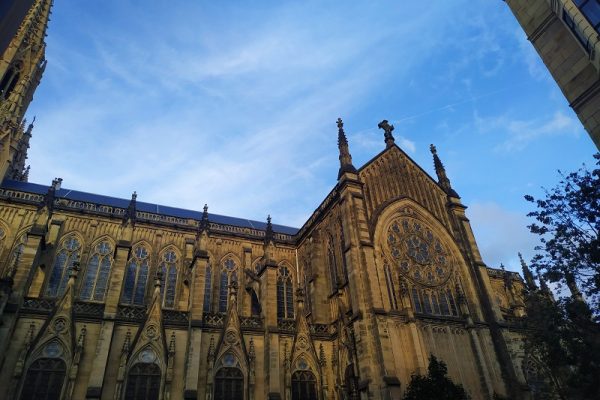 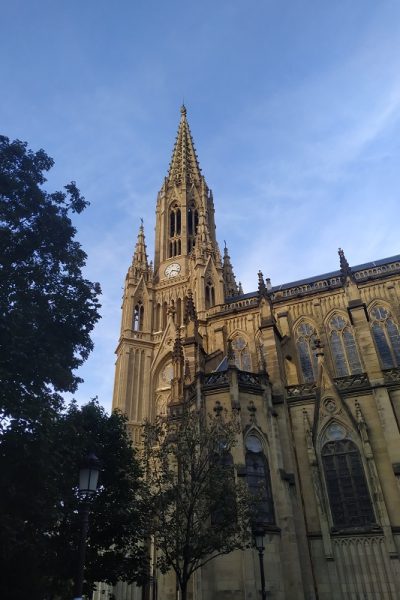 We begin our tour at the neo-Gothic Cathedral of Buen Pastor, in the center of the city. If we move forward we can see, in the distance, Nuestra Señora del Coro, but for now we turn to the left, towards La Concha beach. Full of bathers on summer afternoons. The Paseo Marítimo with its hotels and palaces such as the classic London Hotel (and many others that have opened in recent years), the famous La Perla spa building (former Royal Bath House) or the Palacio Miramar. 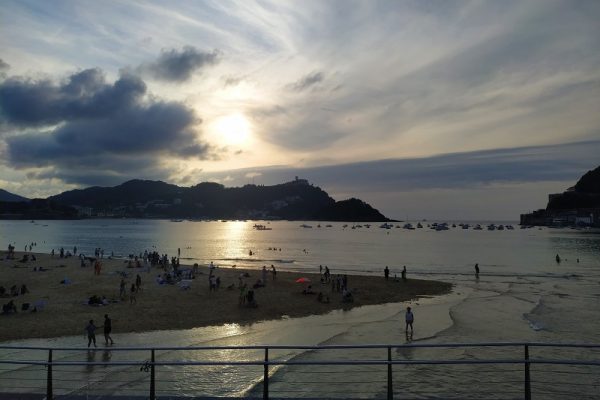 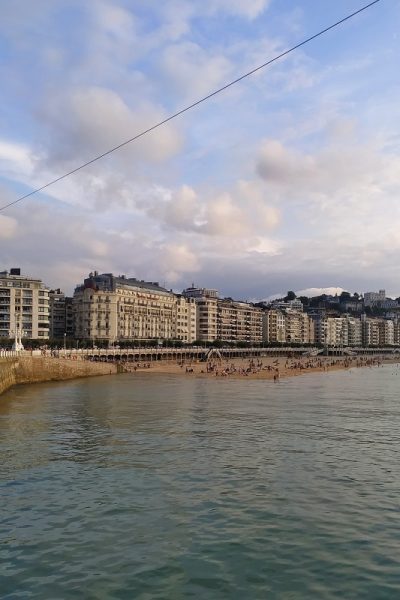 Opposite stands out the Isla de Santa Clara and to its left Monte Igueldo with its funicular and that amusement park that takes you into another era. Do not stop riding on the Montaña Suiza, the oldest in the world built in steel still in operation. That tickle in the stomach when falling into the sea on one of the descents is priceless! And below, just at the end of the Ondarreta Beach promenade, the famous sculpture El Peine del Viento by Eduardo Chillida. 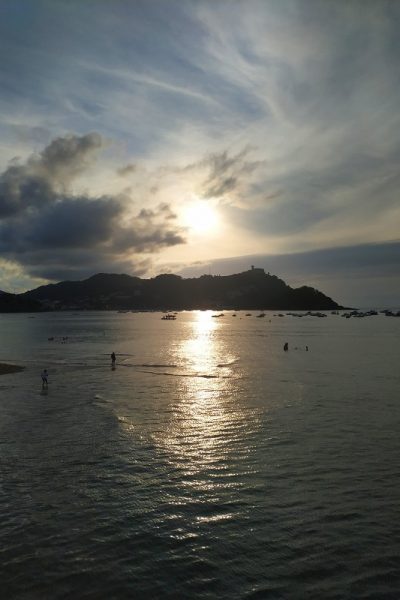 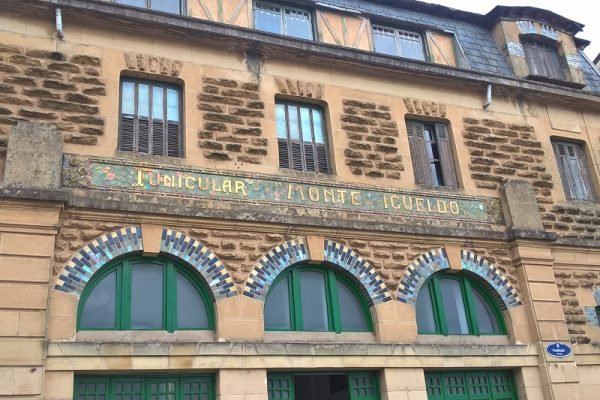 We return to the port side passing through the Alderdi Eder park and the City Hall building (former Casino de San Sebastián) where one cannot avoid stopping at the horse carousel. And we enter the small fishing port of the city where there are hardly any traces of that life of the “arrantzales” or fishermen, with the brotherhoods and the old fish markets. 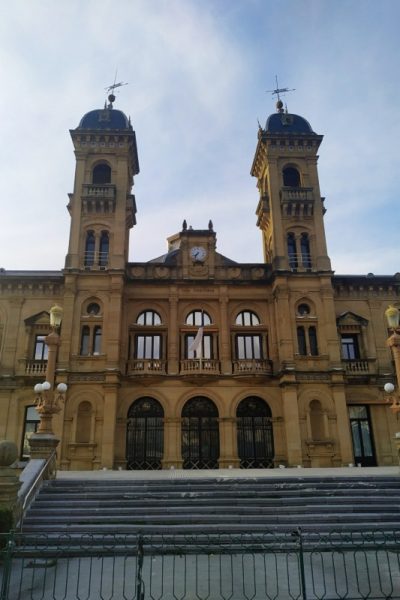 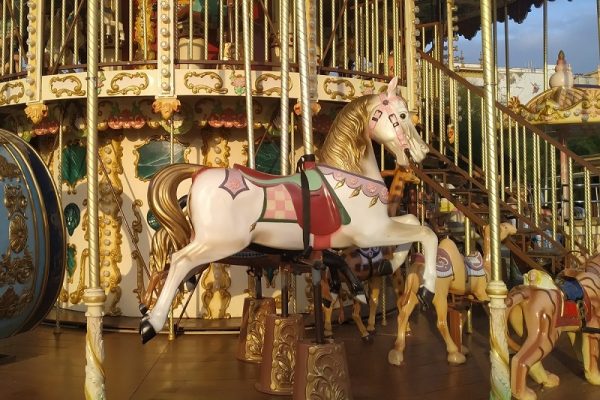 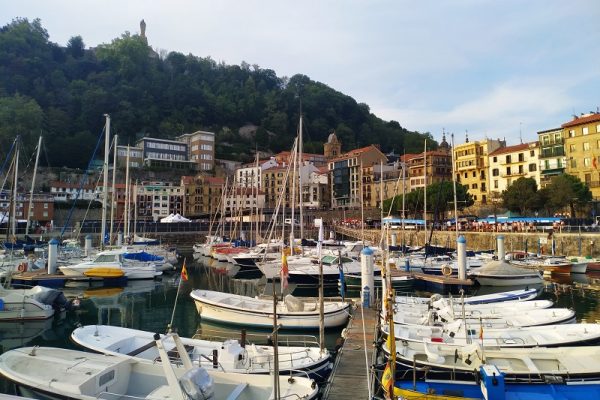 From there we enter the Old Town, Parte Vieja, which was the old walled city, famous for its narrow streets full of bars always full of people and pintxos. We come back to the Basilica de Nuestra Señora del Coro (patron saint of San Sebastián) and in the center of that grid –more or less perfect–, the Plaza de la Constitución with its numbered balconies for the bullfighting festivals. For lovers of Gothic architecture, right next door stands out the Iglesia de San Vicente, from the 16th century. And from La Brecha market, whose name recalls the 1813 siege, we go out to Paseo del Boulevard. 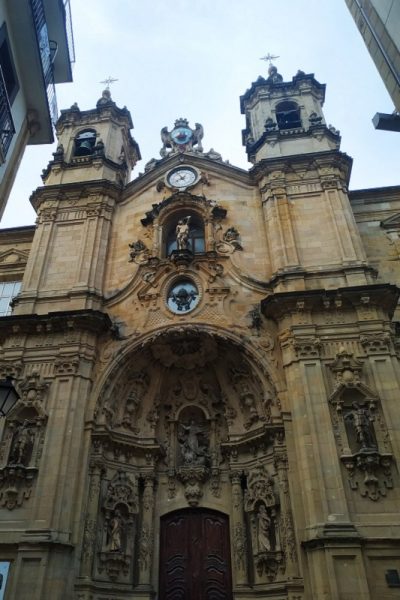 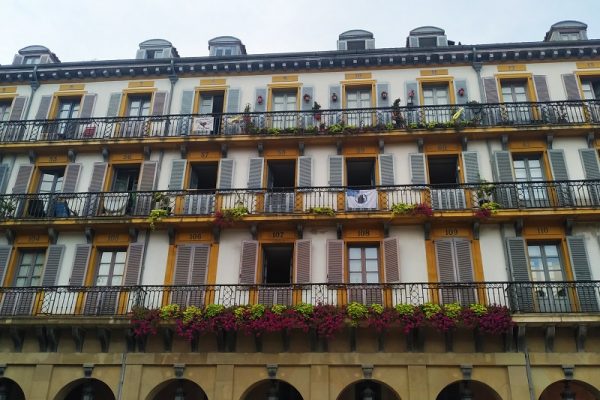 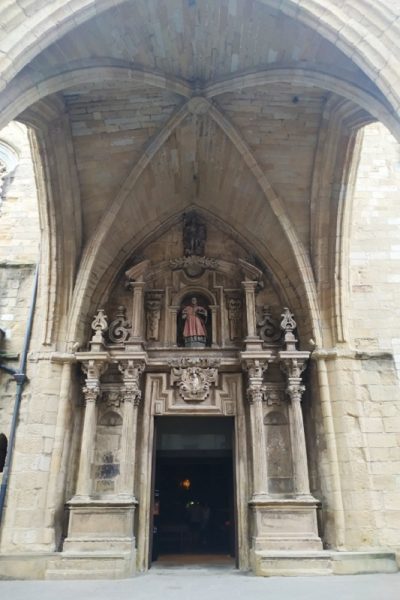 Before crossing the Urumea River, an unavoidable stop: the Teatro Victoria Eugenia and the Hotel María Cristina, inaugurated in 1912. Both buildings are a reflection of the “Belle Époque” of San Sebastian, that golden age that the city experienced at the end of the 19th century and the beginning of the next century. 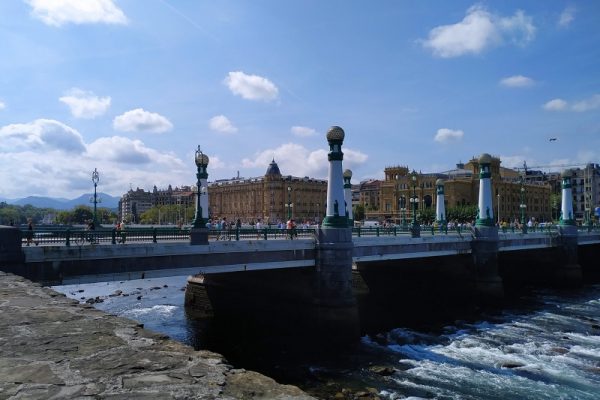 And now yes, if you are not tired yet you can cross the river and visit the modern Kursaal and Zurriola Beach and many other charms that the Gros neighborhood hides.

For more information, you can consult the San Sebastian Tourism website.